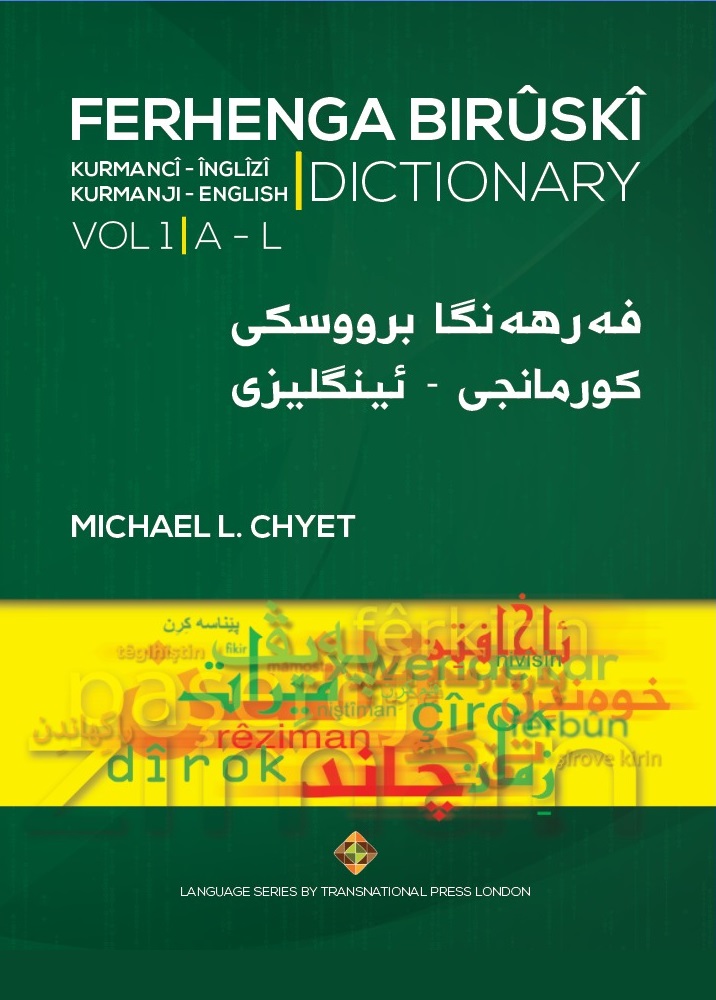 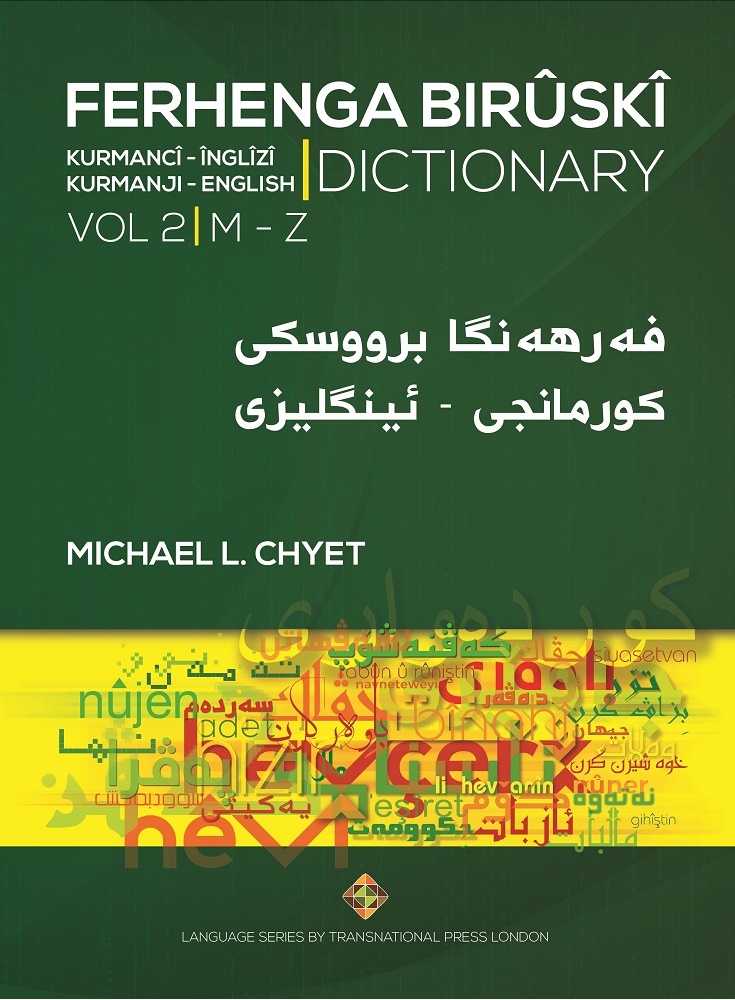 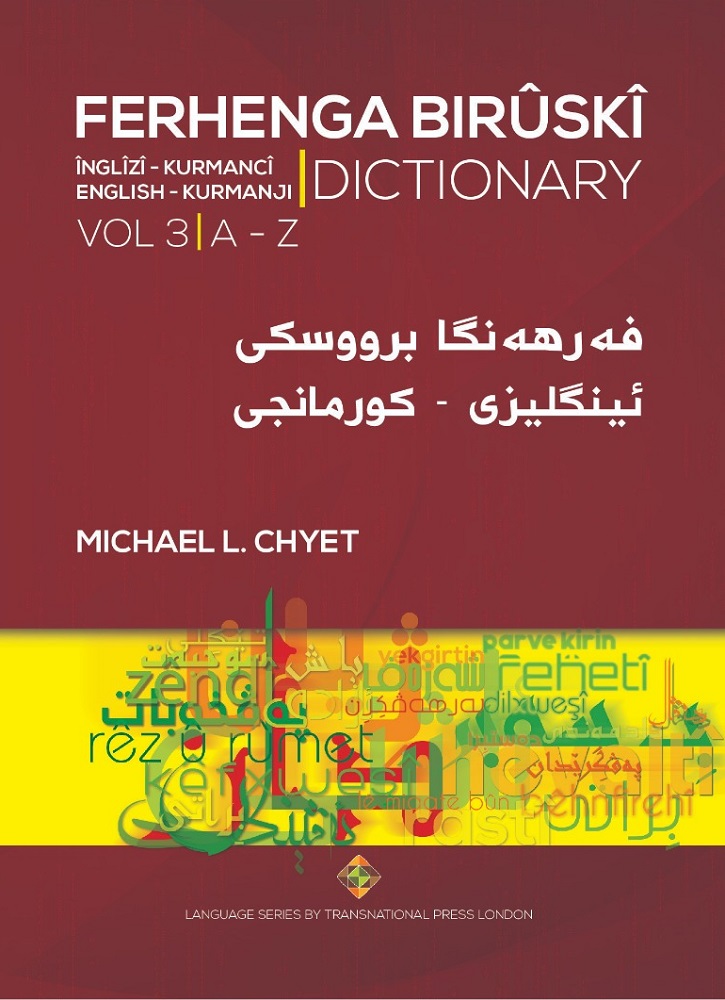 Ferhenga Biruski is the go-to dictionary for Kurmanji, a dialect of Kurdish spoken originally in parts of Iran, Iraq, Syria, Turkey while also being common among a large diaspora of Kurds in Europe, North America and elsewhere. This comprehensive Kurmanji-English dictionary is prepared in two volumes by Michael L. Chyet, a renowned linguist with extensive knowledge of the major dialects of Kurdish. This dictionary is an essential reference source for linguists and others interested in Kurdish language and people.

“The second edition of my Kurmanji-English dictionary, which I would like to call “Ferhenga Birûskî” to honor the memory of my beloved friend and colleague Birûsk Tugan, contains considerably more entries, and in many cases offers fuller information on earlier entries. In addition, I have found and corrected several typographical errors. Moreover, it is to be accompanied by a companion English to Kurdish volume. […] It is my goal to accurately reflect the language as it exists today, providing variant spellings, synonyms, and regional usage, as well as etymologies. The late Iranist D.N. MacKenzie advised me early on to avoid filling my dictionary with “ghost words”. He suggested that I base all the entries in my dictionary on texts (both written and orally generated), to ensure that I am reflecting the language as it is used by its speakers. The earlier dictionaries include words of unknown provenance, which may have no existence outside those pages.” – excerpt from the Introduction by Michael L. Chyet

“Compiling such a colossal dictionary is no small task. It takes a great amount of time, patience and diligence. I had the opportunity to witness Michael’s enthusiasm, tenacity, and dedication to further improve the quality of his dictionary with the second edition. With its features and comprehensiveness, Ferhenga Birûskî is setting a new standard for lexicographers of the Kurdish language. […] The world of Kurdish studies is eternally indebted to Michael for this significant contribution and his continuous effort to help elevate Kurdish to the level of other well-established national languages.” Deniz Ekici, Ph.D., University of California, Berkeley, USA.