Untold Stories from the…

Untold Stories from the Wild East 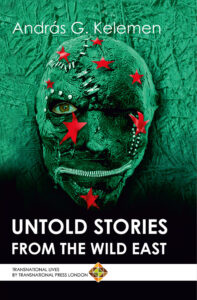 Untold Stories from the Wild East

You can purchase the book via the links below.

András G. Kelemen shares his stories from a long transnational professional career. Kelemen worked in various roles in transnational organisations. He has four children and three grandchildren. When it comes to daily politics, while being a diehart patriot and simultaneously a cosmopolitan, Kelemen says “I am a diehard democrat. However, to confuse anyone” he admits during his professional years as a top manager he had to skip some democratic processes as the pressures of time specific critical decisions dictated. Kelemen, as clearly seen from his satirical story telling in this book, says he would listen eagerly to the opinions of his colleagues if there was enough time, “but this happened rather scarcely”.

“I worked with András for four years in Tokyo. I can honestly say that I enjoyed every moment of our cooperation in the office, and especially the hours of amusement that came after work. I hope that you will similarly enjoy reading his stories which provide an interesting and authentic picture, not only of his special character but also of life in an Eastern-European country both during the years of hard socialism and in the time after the social transition.” – Prof Gábor Rekettye, Former Commercial Counsellor, Head of the Hungarian Trade Mission in Tokyo, Hungary

András Kelemen is an Hungarian Economist who was born two years after World War II in a “communist country”. He claims that his “life typically represents the life behind the iron curtain”. He has worked many years in international business environments including postings in Japan and Libya. András is also a cancer survivor “with humour” in his own words. He describes himself as “a devoted pro-bono activist without compromises, supported by a good musical education, and born bravery”.