Unaccompanied Children: From Migration to Integration 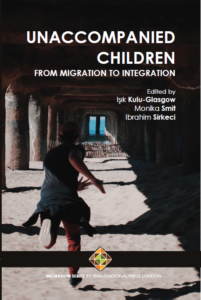 Unaccompanied Children: From Migration to Integration

“The statistics show that children move in great numbers, and many do so alone. While some of the reasons which motivate them to undertake such journeys alone are similar to those of adults – e.g. wars, pursuing aspirations for better social and economic opportunities, ethnic violence, cultural differences, examples of others migrating – others are more specific to children, such as forced child marriages, lack of educational opportunities, forced conscription or being sent ahead to realize family reunification in another country. Similar to adult companions, they suffer and react to ‘democratic deficit’ and ‘developmental (economic) deficit’ and yet they may become more vulnerable in their flight. Reaching their destination often does not mean they are then less vulnerable either. They are faced with specific challenges of integration on economic, social, and cultural dimensions and in many cases also face burdens of the reunification of their family. Yet, there is little attention paid to unaccompanied minors in the literature on ‘forced’ migration. This was an important reason to initiate this book. This book largely focuses on unaccompanied minors who arrived in a European country in 2015, with special attention paid to the top-three nationalities of unaccompanied minors, namely Syrian, Afghan and Eritrean minors.”

CHAPTER 3. Ways into and out of exploitation Unaccompanied minors and human trafficking  – Hilde Lidén and Cathrine Holst Salvesen

CHAPTER 6. Dropping out of Education: Refugee Youth Who Arrived as Unaccompanied Minors and Separated Children – Aycan Çelikaksoy and Eskil Wadensjö.

Roberta Lo Bianco, Clinical Psychologist; coordinator of the Migration Unit of CESIE, based in Palermo; trainer and project manager in EU and national projects addressed to UAMs, asylum seekers, refugees and migrants aiming at socio-economic inclusion; member of a scientific committee for the design of the Master: “Expert in reception processes and intercultural inclusion” in the faculty of Psychology, University of Palermo; founding member of social enterprise ‘Moltivolti’; Legal tutor of UAMs; coordinator of Action 2_workshop paths of the project Ragazzi Harraga.

Georgia Chondrou is a student of European and International Studies in the University of Macedonia, in Thessaloniki, Greece. She received interdisciplinary trainings on the migration situation, focusing on the reception and the inclusion policies of different European countries. She collaborated in the ‘Creative Community Leaders’ project, funded by the UNHCR, that focused on supporting the inclusion of asylum seekers, refugees and migrants in Thessaloniki. She currently works as a trainer, as well as a project manager of European funded projects on topics such as socio cultural orientation and employability and entrepreneurship in the Migration Unit of CESIE, based in Palermo.

Aycan Celikaksoy, PhD, is based at Swedish Institute for Social Research (SOFI) at Stockholm University, Sweden. Her research interests include economics of the family, labour economics, immigration and integration, family structure, marriage migration, unaccompanied minors, and refugee children. Her recent project was on unaccompanied minors in Sweden, which was funded by the European Refugee Fund.

Winta Ghebreab is a project manager with Nidos, the Dutch family guardian organisation. Since 2015 she has managed and implemented projects focusing on improving the resilience of unaccompanied minor asylum seekers. She has a Masters of Arts in Advanced Development Studies and Sociology of Non-Western Societies. Before Nidos she worked in development cooperation in Africa and Asia on gender equality and social development issues.

Anna de Haan is a psychologist and researcher, and she works as a project manager and advisor with Pharos, the Dutch Centre of Expertise on Health Disparities. She works within both nationwide and local projects focusing on refugee children, refugee families and unaccompanied refugee minors. Her PhD study “Ethnic minority youth in youth mental health care: utilisation and dropout” focused on the disparities in the accessibility of youth care between various ethnic groups.

Yodit Jacob works as a project manager, advisor and trainer with Pharos, the Dutch Centre of Expertise on Health Disparities. The themes she works on are female genital mutilation, collaboration with cultural mediators (e.g., Eritrean key persons), the health of and accessibility of health care (e.g., birth care and mental health care) for asylum seekers and refugees, and stimulating cultural sensitive approaches in health care.

Raphael Kamp is author, policy analyst and lecturer for migration, integration and the social protection system in Germany. His book “Grenzenlos – Warum wir illegale Migration neu denken müssen” was published in Spring 2019. Moreover, he currently works as a social worker in a refugee integration project in Germany. Raphael Kamp has been working in different areas of residual youth welfare, including trauma pedagogy and emergency foster care. This also included the foster care of unaccompanied minors. He holds a Master of Science in Public Policy and Human Development with a specialization in Migration Studies from the United Nations University and Maastricht University.

Işık Kulu-Glasgow, PhD, is a researcher at the Research and Documentation Centre (WODC) of the Dutch Ministry of Justice and Security. She has been involved in many research projects on asylum, migration and integration issues, including evaluation of policy measures. Currently, she is working on topics related to unaccompanied minor asylum seekers and refugees. Recently she completed a research project regarding migration decisions and destination choices of these minors in the Netherlands. At present, she is involved in a project on the future of (ex-) unaccompanied minors in the Netherlands.

Katie Kuschminder is an Assistant Professor at Maastricht University and UNU-Merit. Her research focuses on refugees and other migrants’ journeys, irregular migration, and return and reintegration. Her work has been published in International Migration, Journal of Refugee Studies, and Migration Studies as well as in popular outlets such as Euronews, NewsDeeply, and the Conversation. She regularly teaches in migration at the bachelors, masters, PhD and professional level and has delivered training for the College of Europe, Dutch Ministry of Foreign Affairs, and other country governments.

Hilde Lidén, Dr. Polit. in Social Anthropology, NTNU Norway (2000). Lidén is a Research Professor at the Institute for Social Research (ISF), Oslo. Her research interests are transnational migration, childhood, family practices, unaccompanied minors, resettlement and integration. Her research includes rights dilemmas in national and international policies and regulations on immigration, transnational families and citizenship, from a child’s point of view. Recently she has published a monograph on children and migration (Lidén, 2017) and articles in international journals, e.g. Unaccompanied Migrant Youth in the Nordic Countries (Lidén, 2019).

Trudy Mooren, PhD, works as a clinical psychologist in Centrum ’45, a partner in Arq Psychotrauma Expert Group and as a senior researcher at the Department of Clinical Psychology, Faculty of Social Sciences of Utrecht University. Centrum ’45 is a national institute for specialised diagnostics and treatment of psycho-traumatic problems in people with experiences of war, persecution and violence. She coordinates Arq’s research program on Youth, family and trauma, and her current studies concern parent-child and family relationships in response to trauma.

Sanne Noyon, PhD (European University Institute 2017), is a migration researcher at the Research and Documentation Center (WODC) with the Dutch Ministry of Justice and Security. With expertise in the study of human behaviour, she is interested in micro-level processes involved in migration, such as how individual attitudes and preferences shape migration decisions. Her current work focuses on asylum migrants’ relationship with the democratic rule of law.

Cathrine Holst Salvesen, Master in Political Science 2014. She is a Senior Advisor at the Norwegian Woman’s Public Health Association and works within the field of migration and adolescence. Her master thesis Du ser det ikke før du tror det was based on qualitative analysis of how Norwegian public agencies identify unaccompanied minor asylum seekers as victims of trafficking. Salvesen contributed as a research assistant to a research project on the voices of minors who have been victims of human trafficking (Lidén and Salvesen, 2016).

Ibrahim Sirkeci is Professor of Transnational Studies, Director of Regent’s Centre for Transnational Business and Management, Head of Marketing Subject Cluster, and Associate Dean for Research (Interim) at Regent’s University London. Previously he worked at the University of Bristol, Atilim University, Hacettepe University and Bilkent University. He earned his PhD from the University of Sheffield. His research focuses on migration, integration, labour market outcomes, remittances and transnational marketing. He has founded Migration Letters journal with Jeffrey Cohen and Elli Heikkila in 2003 and has been a chief editor or associate editor of several other journals including Remittances Review, Transnational Marketing Journal, and Goc Dergisi. He has chaired the Migration Conference series since 2012.

Monika Smit was an assistant professor of Child and Youth Care at Leiden University where she carried out several studies on unaccompanied minor asylum seekers until 2000. From 2000-2009 she worked at the Bureau of the Dutch national rapporteur on trafficking in human beings. Currently, she heads the research division Administration of Justice, Legislations and International and aliens Affairs of the Research and Documentation Centre at the Dutch Ministry of Security and Justice, and holds an endowed chair at Groningen University on Psycho social care for unaccompanied minor asylum seekers.

Carla van Os has a background in orthopedagogy and law and has been working as a researcher and teacher at the Study Centre for Children, Migration and Law at the Faculty of Behavioural rand Social Sciences of the University of Groningen in the Netherlands, since 2014. She wrote her PhD (2018) on Best Interests of the Child assessments for accompanied and unaccompanied asylum-seeking children in the context of their asylum procedure. Before, Carla worked as a fundraiser and public information officer at the Dutch Refugee Foundation (1996-2005) and as a legal adviser on children’s rights and migration at Defence for Children (2005-2014).

Eskil Wadensjö is Professor of Labour Economics at the Swedish Institute for Social Research (SOFI) at Stockholm University since 1980. He was the dean of the Faculty of Social Sciences from 1996 to 2005. He received a Ph.D. in economics at Lund University in 1972. He has authored and edited several books including The Nordic Labour Market in the 1990’s (1996), Immigration to Denmark. International and National Perspectives (1999), and The Common Nordic Labor Market at 50 (2008).

Elianne Zijlstra is working as an assistant professor at the Study Centre for Children, Migration and Law at the Faculty of Behavioural and Social Sciences of the University of Groningen in the Netherlands. She finished her PhD in 2012 on the Best Interests of the Child in decisionmaking in migration law. During her PhD research, she worked as a behavioural scientist at a youth care organisation, and she obtained her post master degree for diagnostics and treatment of children and families.