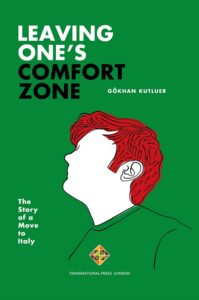 The Story of a Move to Italy

“Any settlers in the family?” “You don’t look Turkish at all, are you an émigré?” “Where are you originally from?” From an early age, I started hearing these questions. Either in school, during a cab ride, in the office or in my new social circles. I face these questions right after we start chatting… and this happens often. I always expect it. “Gökhan, where are you from?” I evolved: my height, my features, my voice, my gestures, the way I think, and many more but the answer to this question has never changed: “My ancestors used to live in Greece. They were there for a few generations. With the convention concerning population exchange between Turkey and Greece, my ancestors moved here permanently.” What I kept hearing on the grapevine eventually became a solid truth. I came to grasp the fact that my ancestors lived in Drama, Ptolemaida and Eleftheroupoli in Greece. All this longing to flee from my homeland and desire to get to know other places would clearly relate to a genetic interpretation. However, I still couldn’t say it all fit.

“Kutluer compares and contrasts his Turkish roots, his old social surroundings to his new encounters in Bergamo and Montenegro. Starting from the relief of “getting out,” he dwells with the deep sense of nostalgia, the inevitable feeling of exile and loneliness; yet knowing that going back is not always an option and it is not the same land that one goes back to. Echoing some Turkish-German literature like Emine Sevgi Özdamar, Güney Dal, Feridun Zaimoğlu he battles the layers of integration to a new environment in reflection to his feelings of what once was a home to its aftertaste.“

Gökhan Kutluer was born January 25, 1986, and raised in Istanbul at a time. Playing in one’s neighbourhood with friends was still pure fun at the time. Gökhan first attended Taş Private Elementary School, and then Cağaloğlu Anatolian High School, one of the oldest and internationally renowned high schools in Turkey. He went on to study Political Science and International Relations at Bahçeşehir University. He focused on writing travel articles for magazines as well as working on his own blog after receiving his BA. This path led him to what initially started as a hobby, then turned into a passion and, naturally, a profession around bicycles. With this in mind, he became the senior editor at Cyclist, a monthly magazine in Turkey. Kutluer aims to enhance his expertise in the cycling world and devotes himself to building recognition in this area by blending the cultural and athletic aspects of cycling. The draft of his first book, Cloud Factory (Bulut Fabrikası), which is currently being translated into English, appeared while Gökhan was unable to resist the urge to move to Italy; a craving embarked itself on him ever since he set foot on Italian soil during his undergraduate Erasmus days. The move to Bergamo, Italy, was a turning point marked by Cloud Factory having been both published and adapted into a theatre play. Leaving One’s Comfort Zone – The Story of a Move to Italy, his second book, followed no later than a year while Gökhan was in the process of completing his third year in Italy. In his sixth year abroad, Gökhan currently resides in Berlin but spends his time both in Berlin and Bergamo writing independently for travel magazines and working as a digital marketer for an independent bicycle firm.