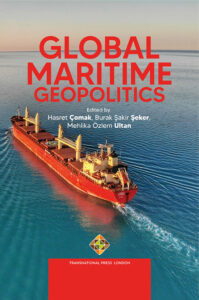 States must develop new approaches, maritime policies, strategies and tactics to cruise through contemporary maritime politics. Soft power, as well as economic, commercial, and logistics factors are of critical importance in establishing marine power. It is critical to promote maritime-related products such as films, serials, literature and art, maritime journalism, and maritime photography as part of governmental policies.

Marine and maritime security challenges are becoming more important in today’s world. As a result of all these developments, the preparation of a multidimensional and comprehensive work on the oceans and seas at the global level has been brought to the agenda. Our book has been written to elucidate these concerns and contribute to this important scholarly and policy field. This book can also be useful for wider audiences as a comprehensive volume on maritime geopolitics covering many cases from around the world and discussions from Turkish perspectives.

Prof. Dr. Hasret Çomak graduated from the Turkish Military Academy in 1976 on behalf of the Turkish Navy. He completed three bachelor’s degrees (Finance, Political Science, and Law), one master’s degree (International Relations), and two doctoral degrees (Economics and Political Science and Public Administration) at Istanbul University. Since 2001, he had worked at Kocaeli University and İstanbul Arel University as Full Professor. He is currently the Dean at Istanbul Kent University’s Faculty of Economics, Administrative, and Social Sciences. In addition, he has been awarded by more than 30 scientific, cultural, and social institutions and organizations. He has over 50 books and over 100 articles.

Assoc. Prof. Burak Şakir ŞEKER is a faculty member in Ankara Hacı Bayram Veli University. At the same time, he is a retired Navy Lieutenant, industrial engineer, and maritime safety/security expert holding the position of Guest Lecturer in World Maritime University (WMU)/Sweden. He has been involved in some EU funded FP5, FP6, and FP7 projects and honored to be Head of Turkish Armed Forces Delegation as a Representative of Turkish Delegation for Maritime Security Working Group in the IMO Maritime Safety Committee (MCS). Under varied subtopics of International Relations, his 10 books and 40 articles have been published in many refereed journals or books as a chapter. He has also been as a referee for the WMU Journal of Maritime Affairs published by Springer.

Assoc. Prof. Mehlika Özlem Ultan was graduated from the Department of International Relations, Faculty of Political Sciences, at Istanbul University in 2007. She was awarded an M.A. degree at Social Sciences Institute, International Quality Management in 2009 and a PhD degree at Istanbul University, from the Department of European Union in 2015. In 2010, she began her academic career as a Research Assistant at Kocaeli University. She is still working as Associate Professor at Kocaeli University, the Economic and Administrative Sciences Faculty, European Union Politics and International Relations department. Her primary research interests are European Union politics, EU integration, and EU law.