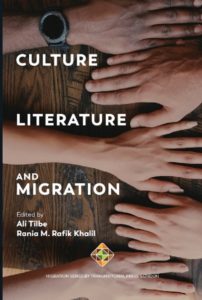 Culture, Literature and Migration gives us a unique insight into the emotional and physical experiences of immigrants. By shedding light on the challenges of the plight, the chapters in this book raise awareness of the global scale of the crisis and reduces hostility towards the displaced as a result of a better understanding of that which is often left unspoken of and unheard of. The distinctiveness of voluntary and involuntary immigration is brought forward and contextualized in order to emphasise the trauma of forced departure and the often forgotten psychological complications of the host nation. With such matters arising, there is an ultimate return to notions of hegemony, colonialism, otherness, hybridity and citizenship. New understandings of identity, nationalism and multiculturalism are explored in context of transnationalism and multiculturalism. Culture, Literature and Migration critically analyzes the transformation of the immigrant and highlights the importance of hope and the power of inclusiveness in a fragmented global environment.

Chapter 1 – The Bildungsroman and Building a Hybrid Identity in the Postcolonial Context: Migration as Formative Experience in Monica Ali’s Brick Lane
Petru Golban and Derya Benli

Chapter 3 – Migration, Integration and Power. The Image of “the Dumb Swede” in Swede Hollow and the Image of Contemporary New Swedes in One Eye Red and She Is Not Me
Maria Bäcke

Rania M. Rafik Khalil is a lecturer of drama, theatre and performance currently teaching in the Department of English Language and Literature, Faculty of Arts and Humanities at The British University in Egypt (BUE). She is also the Research Coordinator and Internationlisation Coordinator for the Faculty of Arts and Humanities. Dr Khalil is currently working on a refugee research consultancy for the UNHCR and the British Council, UK with a budget of $52,000 in the MENA region.

Maria Bäcke is a Senior Lecturer of English with a PhD in TechnoScience. She has worked as a lecturer of English since 2003 and is currently employed at Lund University and Kristianstad University, Sweden. She teaches courses on English literature, discourse analysis, academic writing, society and culture, grammar and phonetics, as well as oral proficiency. Her PhD thesis, Power Games: Rules and Roles in Second Life (2011), focuses on organisation, power, hierarchies and roles in online role-play groups and her current research centres on how power and authority are mirrored in the literature, with the aim to nuance discourses on migration, integration and diversity.

Derya Benli is a Research Assistant at Namık Kemal University since 2012. She is currently a PhD student at Istanbul University focusing on the Bildungsroman in contemporary postcolonial fiction. She is the author of a number of articles, among which “The Representation of Sexual/Erotic Desire and the Desire of Individual Accomplishment in the Aeneid and the Epic of Gilgamesh”, “Nature, Co-authorship and Metapoetry: Tintern Abbey as a Bildungsgedicht”, and “The Quest for An Authentic Self: Memory and Identity in Philip Ridley’s Mercury Fur”. Her research interests include different aspects of postmodern and contemporary English fiction.

Francesco Bellinzis has recently held a PhD in Sociology from the Autonomous University of Barcelona in Spain. He was a visiting researcher at the College of Arts and Humanities at the University of Brighton. He was also a member of the PhD student forum of Barcelona Centre For International Affairs (CIDOB). His main areas of interest are the sociology of literature, gender, and migration.

Estella Ciobanu is an Associate Professor at the Faculty of Letters, Ovidius University of Constanţa, Romania. She teaches Identity and Gender in the USA, Culture and Religion in the USA, Postmodernism, and Anglo-American Cultural Icons. Her academic interests include iconisation studies and gendered representations of the body in literature, medieval theatre, cartography, anatomo-medical practices and the arts. She is the author of Representations of the Body in Middle English Biblical Drama (Palgrave Macmillan, 2018), The Body Spectacular in Middle English Theatre (2013), The Spectacle of the Body in Late Medieval England (2012) and over forty articles, and co-author (with Petru Golban) of A Short History of Literary Criticism (2008).

Chinyere Egbuta is rounding off her doctoral studies at the University of Uyo, Nigeria.  She was educated at the University of Nigeria, Nsukka. She is at present a lecturer at the School of Languages and Communication, Abia State Polytechnic, Aba. Egbuta has published scholarly articles in learned journals.

Tatiana Golban holds a PhD in English and American Literature from Al. I. Cuza University of Iasi, Romania. Her academic and professional career started in 1995, and she currently teaches literary theory and English literature-related classes as an Associate Professor at Tekirdağ Namık Kemal University, Turkey. Her research concerns include particular aspects of the history of English literature, comparative literary studies, and literary theory and criticism.

Petru Golban holds a PhD in English and American Literature from Al. I. Cuza University of Iasi, Romania. His academic and professional career started in 1995, and he currently teaches literary theory and English literature-related classes as an Associate Professor at Tekirdağ Namik Kemal University, Turkey. He is also the author of 9 books, including A History of the Bildungsroman: From Ancient Beginnings to Romanticism, The Foundations of English Literary Criticism: From Philip Sidney to Henry James and Texts Analyzing Literature as Argument, and some 50 literary studies. His research concerns include particular aspects of the history of English literature, comparative literary studies, and literary theory and criticism.

Cansu Özge Özmen was awarded a PhD fellowship from the Intercultural Humanities department at Jacobs University Bremen in 2006. She wrote her dissertation on 19th century American travel narratives of the Orient and was awarded a PhD degree in Literature in February 2010. Her dissertation was published by LAP Lambert Academic Publishing in 2012. She currently works as Assistant Professor at Tekirdağ Namık Kemal University in Turkey. Her main areas of interests include early Ottoman-American relations, 19th-century American travel literature, Critical Animal Studies and Anti-Natalism. Email: cozmen@nku.edu.tr