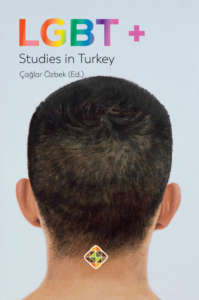 This volume brings together a selection of discussions on LGBT that are presented from different points of view and from different disciplines. This compilation consisting of nine chapters, focuses on the perspectives on LGBT in Turkey, in a broad range from NGOs to cinema, social policies to theatres. All chapters discuss Turkey and the studies of LGBT in Turkey and presented in two parts. First part is about the theoric and empirical studies which takes over Turkey experiences from a structural perspective. There are also two chapters comparing the UK and EU experiences with Turkey. The second part has more of text analysis which aligns with cultural studies.

“Today, the concept of gender is being re-defined throughout the world. The change that penetrates both the theoretical and the daily life, especially under the leadership of the USA and Europe, is recognised rapidly but with caution most of the time.

Unisex clothes, the world-famous fashion brands employing androgen models in their parades, many Western cultures allowing same-sex marriages and allowing those couples to have (adopt) children imply a genderless social structure. This anti-genderism comes along with the markets that produce even toothpaste or shower gel for women and men separately. The commercials and TV series still exploit the dualist identities of modernity as a marketing feature. The emphasis on violence against disadvantaged identities is fed here. The alienation, which was once carried out on AIDS, is now carried out on other obscurities today. Transphobia, homophobia, biphobia and other phobia that was fed by heteronormativity is more prominent more than they have ever been.

PREFACE: WHAT IS GOING ON UNDER THE RAINBOW – Çağlar Özbek

PART I. THEORETICAL AND EMPIRICAL DEBATES

CHAPTER 7: AN ANALYSIS OF THE CINEMATIC REPRESENTATION OF LGBT: LOLA AND BILLY THE KID – Ayçin Alp and Çağlar Özbek

Dr Çağlar Özbek is an Assistant Professor in Muğla Sıtkı Koçman University, Department of Labor Economics and Industrial Relations. Özbek, completed his PhD at Muğla Sıtkı Koçman University, Department of Sociology with the thesis titled; “New Actors of Democracy: Non-Governmental Organisations Within the Context of Ecologic, Feminist and LGBT Movements”. He worked as a research assistant at the same university for 9 years at the Department of Sociology. His interests include international migration, gender, LGBTIQ studies, social movements, citizenship and identity. He is the co-author of the book Yerlileşen Yabancılar-Güney Ege Bölgesi’nde Göç, Yurttaşlık ve Kimliğin Dönüşümü (with Muammer Tuna, Detay Publishing). He worked as researcher in various research projects supported by TUBİTAK, EU, UNDP, United States Department of Labor and various organizations.