The Turkish Malaise – A Critical Essay 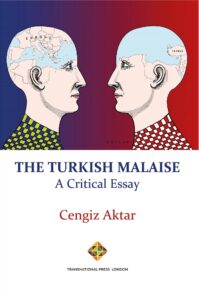 The Turkish Malaise – A Critical Essay

“Renowned scholar Professor Cengiz Aktar’s treatise, The Turkish Malaise, is a timely and poignant search for the root causes of this debacle. A massive part of his answer focuses on revisiting the force of the Ottoman-Turkish past vis-à-vis the West and its relation to the present.”

No one can predict today how Turkey will evolve; which spirit will mark the country’s future. Who could have predicted the turn it has taken in recent years after having been a rising star in the early 2000s, a candidate for the European club, “the” model to follow, especially for Muslim countries seeking justice and prosperity? The failure of its candidacy, in which Europe has its share, has been the prelude to its progressive de-Westernisation accompanied by bellicosity on all fronts, at home and abroad.

Western countries are trying to manage this “Turkish crisis” between incomprehension and blind detachment, between appeasement and complicity, between containment and apprehension of seeing this large country decompose in its turn.

In this concise and well-documented essay, the author provides analytical tools to understand the split of a society, between state, nation, religion, imperial myth and the West. The analysis is complemented by interviews with the sociologist Nilüfer Göle and the historian Étienne Copeaux, both of whom have witnessed Turkey’s never-ending transformation.

“The Turkish Malaise” in media

Qantara.de –  news portal [ ]: “Rarely has a Turkish scholar dealt so thoroughly and unsparingly with the failure of rapprochement between Europe and Turkey. In this critical essay, Cengiz Aktar digs deep into the history of the Ottoman Empire and Europe… ” Read the full article here.

Ahval – news portal [6 Oct. 2021]: “Political Islam in Turkey has lost the opportunity to mix with Western ideals and local dynamics, and ended up being restricted to parochial Islamism, Turkish political scientist Cengiz Aktar said in a podcast with Nervana Mahmoud, the host of Ahval’s “Turkish Trends” series.” Read the full article here.

Cengiz Aktar is a political scientist. He teaches the history of political ideas in the 19th century Ottoman Empire, regional and home affairs policies of the European Union, and works on the politics of memory. He is a visiting professor at the University of Athens. He has worked for the United Nations and with the European Union on migration and asylum policies. He has campaigned in Turkey to raise awareness on the Armenian genocide. He contributes to Financial Times, Le Monde and Libération. He is the advisor of the Hrant Dink Foundation and participated in the creation of La Revue du MAUSS.