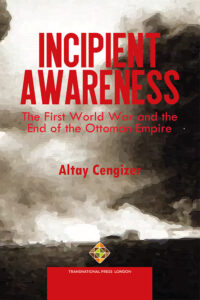 The First World War and the End of the Ottoman Empire

The Ottoman Empire was one of the main belligerent powers in the First World War which ended the long nineteenth century and ushered in the modern era. Indeed, it would not be wrong to say that the Empire was among the major six powers that fought over four years. The Ottomans fought at no less than twelve fronts in a vast geography extending from European theaters like Galicia to Mesopotamia and the Canal. The war at the Caucasus and the abortive Allied landing on the Gallipoli Peninsula directly affected the causes of the October Revolution in 1917. The Ottoman Empire sued for armistice only ten days before Germany did so. Moreover, the results of the Ottoman engagement deeply affected the shape of the modern Middle East in a singular way.
However, the role of the Ottoman Empire in the First World War has only rarely been studied in a scholarly fashion. Years of neglect ended up with the overbearing and simplistic notion that the Ottoman leadership was already pro-German and there was no way for the Entente Powers to stop them from aligning with Germany. As amply demonstrated in this study, this was not the case at all.
All those crises that preceded the outbreak of the First World War, beginning from the Annexation Crisis of 1908, to the Libyan and Balkan Wars up to the Liman von Sanders Crisis just months away from August 1914, directly involved the Ottomans. Given the long history of Russo-Turkish wars, there was no way for the Ottomans to lightly discount the imminent danger they found themselves squarely facing in August 1914. Their fear that Tsarist Russia would not miss the opportunity arising in the midst of the great upheaval to settle once and for all the issue of Constantinople and the Straits, the crux of the age old Eastern Question was the dominant factor in their mind.
The present study is a diplomatic history of the crises years from 1908 to the entry of the Ottoman Empire to the Great War at the end of October 1914.

Altay Cengizer is a graduate of Istanbul Bosphorus University. He has an M.A. degree in International History from LSE. From 2007 to 2009, he was a member of the Weatherhead Center for International Affairs at Harvard University where he continued his studies on the diplomatic history of the crises years leading to the First World War. He is a retired diplomat who also served in various positions. Most recently, he was the Permanent Delegate of Turkey to UNESCO and between 2019 and 2021 he served as the President of UNESCO General Conference.